Intelligence system and Parallel Computer Architecture (IP-CAL) Lab was founded in March 2021. Our lab is located in Ewha Womans University. Our research interests are Graphics Processing Units (GPU), machine learning accelerators, parallel programming, and computer architecture. Detailed research topics are described below. If you are interested in the topics, you are always welcome to visit our lab. 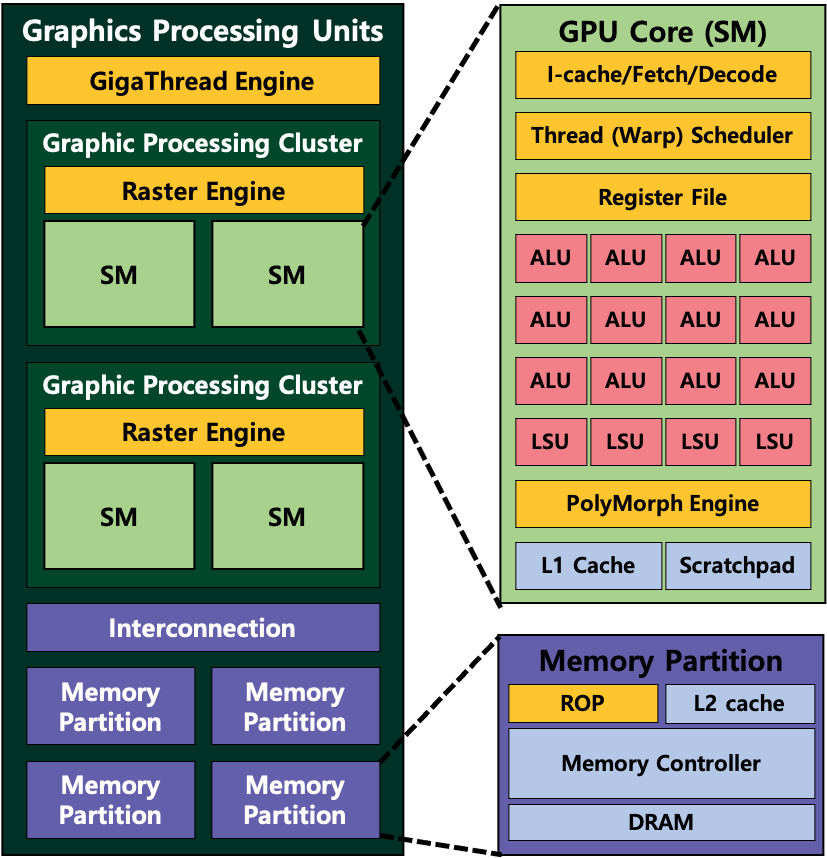 Our goal is to maximize the performance of GPUs when general-purpose applications such as machine learning algorithms, simulations, and many more are executed on the GPU hardware. We first identify the bottleneck points on the GPU architecture and propose a new modified architecture that can remove the bottleneck points. To verify our ideas, C/C++/Python based cycle-accurate simulations are used. 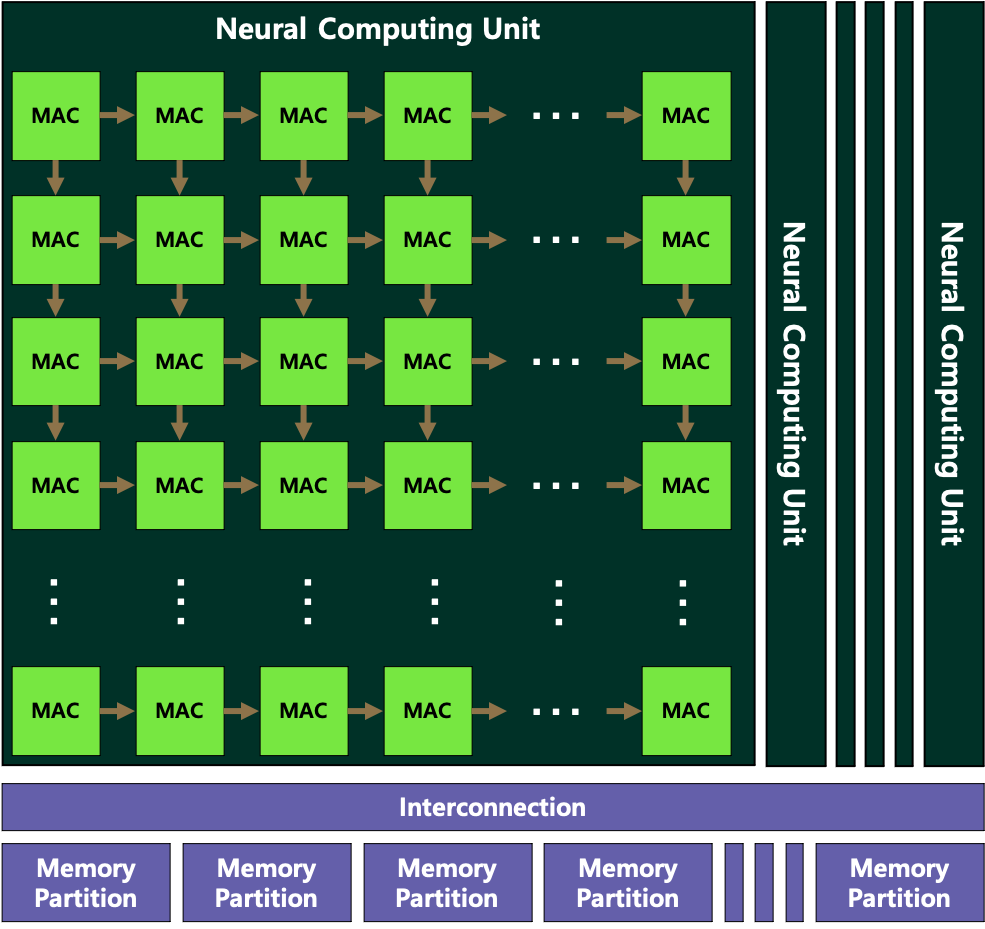 Machine learning algorithms have been applied in various areas such as image recognition, voice speech recognition, translation, text classification, and more. These algorithms are traditionally operated on Central Processing Units (CPUs) and Graphics Processing Units (GPUs). Especially, GPUs are widely used for the execution of applications. However, CPUs and GPUs are not designed for machine learning algorithms, there have been several issues in terms of performance and power consumption. To resolve the problems, various machine learning accelerator designs have been proposed by researchers. One famous design is using a systolic array that has many small processing units which are only designed to perform Multiply-And-Accumulate (MAC) operations. These small processing units are connected only to their neighbor so that the data can be transferred from one processing unit to the other processing unit.

Intel and AMD CPUs have vector processors (SIMD) that can be used by Advanced Vector Extension (AVX) instructions. In the case of NVIDIA GPUs, Compute Unified Device Architecture (CUDA) allows software developers to use massively parallel SIMT processors for general purpose applications. The developers must have a decent knowledge of the vector processing units in order to create efficient applications. Our goal is to provide proper knowledge to software developers so that the developers can create efficient programs.

Computer Architecture is a set of rules which state how hardware is connected together in order to compute complicated applications. Researchers have proposed many different techniques such as branch predictions, speculative execution, out-of-order execution, memory pre-fetching, and more. We use C/C++/Python based cycle-accurate simulations to study the previously proposed techniques.